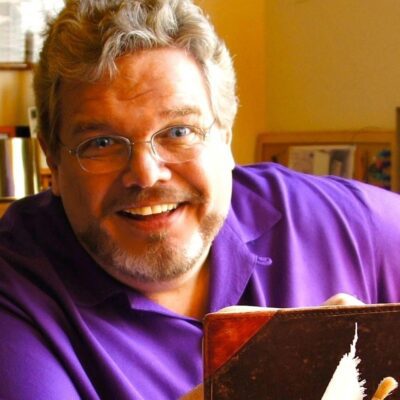 C. McNair Wilson is a former Disney Imagineer, in-demand creative consultant, speaker, and author. His latest book, “Hatch!: Brainstorming Secrets of a Theme Park Designer,” unpacks the idea of what happens when teams create together. He was one of the speakers in the early days of the TED conference.

There is no doubt you have seen his work in the Disney theme parks around the world: Mickey’s Toontown, Indiana Jones, Tower of Terror, TokyoSea, Adventures Club, Boardwalk, Downtown Disney, and, of course, Streetmosphere. Outside the mouse, companies like Universal Studios, Sony, Apple Inc, the US Embassy, IBM, World Vision, and Chick-fil-a are among the many that have called on him to work with their teams.