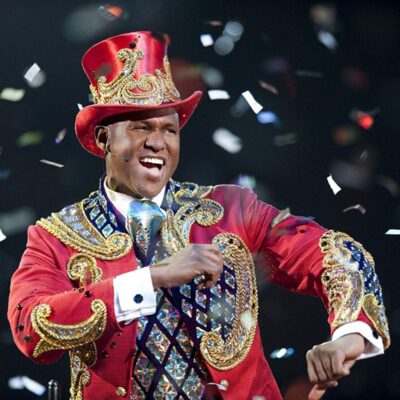 At a young age Johnathan Lee Iverson understood the power of stages as a member of The Boys Choir of Harlem. Performing before world leaders and dignitaries, including United States Presidents, George H.W. Bush, Bill Clinton, Ronald Reagan, and Jimmy Carter, as well as, Noble Peace Prize winner, Nelson Mandela, Iverson has shared the stage with such artist as Lou Rawls, Ray Charles, Stevie Wonder, Plácido Domingo, Luciano Pavarotti, Perry Cuomo, Tony Bennett, and Lena Horne, all before the age of eighteen. During his legendary tenure with Ringling Bros. and Barnum & Bailey, Iverson was one of the busiest live entertainers in the world, performing an estimated 450 shows annually in arenas around the United States and Mexico. As the voice of The Greatest Show On Earth, Johnathan has been seen and heard via numerous media outlets including, print, broadcast and the world wide web. He is also a featured blogger for the Huffington Post, among other publications. His many accolades include being a two-time answer to a question on Jeopardy and being selected as one of Barbara Walters’ 10 Most Fascinating People.